Cork's most versatile venue with decor from the 20's, 30's and 40's, the Crane is a house of jazz, blues and burlesque hosting many an international luminary and some of the finest Bluegrass, western swing, blues and rock & roll bands to visit these shores.

The Crane Lane Theatre is located in the remains of an old Gentleman's Club in the dead center of Cork City, and has been the scene of many a notorious event over the last 100 years.

The bar is located in the remnants of The Cork & County Club, a gentleman's club founded in 1837, founded as a non-denominational club, a direct response to the policy of exclusion of Catholics from the nearby Cork City Club.

A policy of including Catholics and Protestants was quite radical for its time, and reflected the then current drive for Catholic Emancipation led by Daniel O' Connell. It also appealed to the growing Catholic merchant classes, which included the Murphy's Brewing family and Hewitts Distillers.

However, the membership was still largely made up of the prevailing Protestant merchants and bankers, and included Lord Bandon, Sir Nicholas Colthurst of Blarney Castle and the Beamish's of brewing fame.

The Club again became the focus of attention in July 1920. This was a tempestuous time in Ireland, even more so in Cork. It was the height of the War of Independence, and Cork was living up to its name of "Rebel County". RIC Police Commissioner for Munster, Lt. Col. Gerard Bryce Ferguson Smyth (pictured below), had recently been appointed by Winston Churchill as part of his hardening attitude towards Irish nationalists. 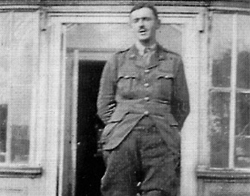 This culminated in the deployment of the notorious "Black & Tans" to Ireland, which resulted in the burning of Cork City in December of 1920. In July of that year, Smyth was having a drink in the County Club, when a dozen volunteers of the Cork No 1 Brigade stormed into the club, and shot Smyth dead.

Céilí by the Lee
FREE

Crying Looser & I Dream I Dream

Céilí by the Lee

Salsa By The Lee

The Beauty & History of Cork by Bike

Learn To Fly: Tour of Cork From The Air

The Welcome Inn
Never miss an event or new attraction in Cork.