Using Cork City as your base, explore our epic harbour, take to the waters and delve deep into an often turbulent history. Experience the legacy of war, empire and conquest in our harbour’s many forts and castles.

This three-day tour will bring you from medieval and Elizabethan castles to epic Napoleonic and Victorian-era coastal batteries, all within easy striking distance of Cork City.

Cork is where waves of invaders landed from the sea and where history’s greatest Empire sought to guard its sea-approaches. This is turbulent history, carved in rock, stone and cliff-top bastions.

Arrive in Cork and make the short, 9km trip to Blarney, site of perhaps the most famous castle in Ireland. Built almost six centuries ago by the fearsome warrior chieftain Cormac MacCarthy, Blarney Castle is a very well preserved medieval fortified tower, now with extensive gardens and, of course, the famous Stone of Eloquence (better known as the Blarney Stone) which you may kiss after climbing to the very top of the tower.

For breakfast or a light lunch, try the Old Blarney Post Office Cafe 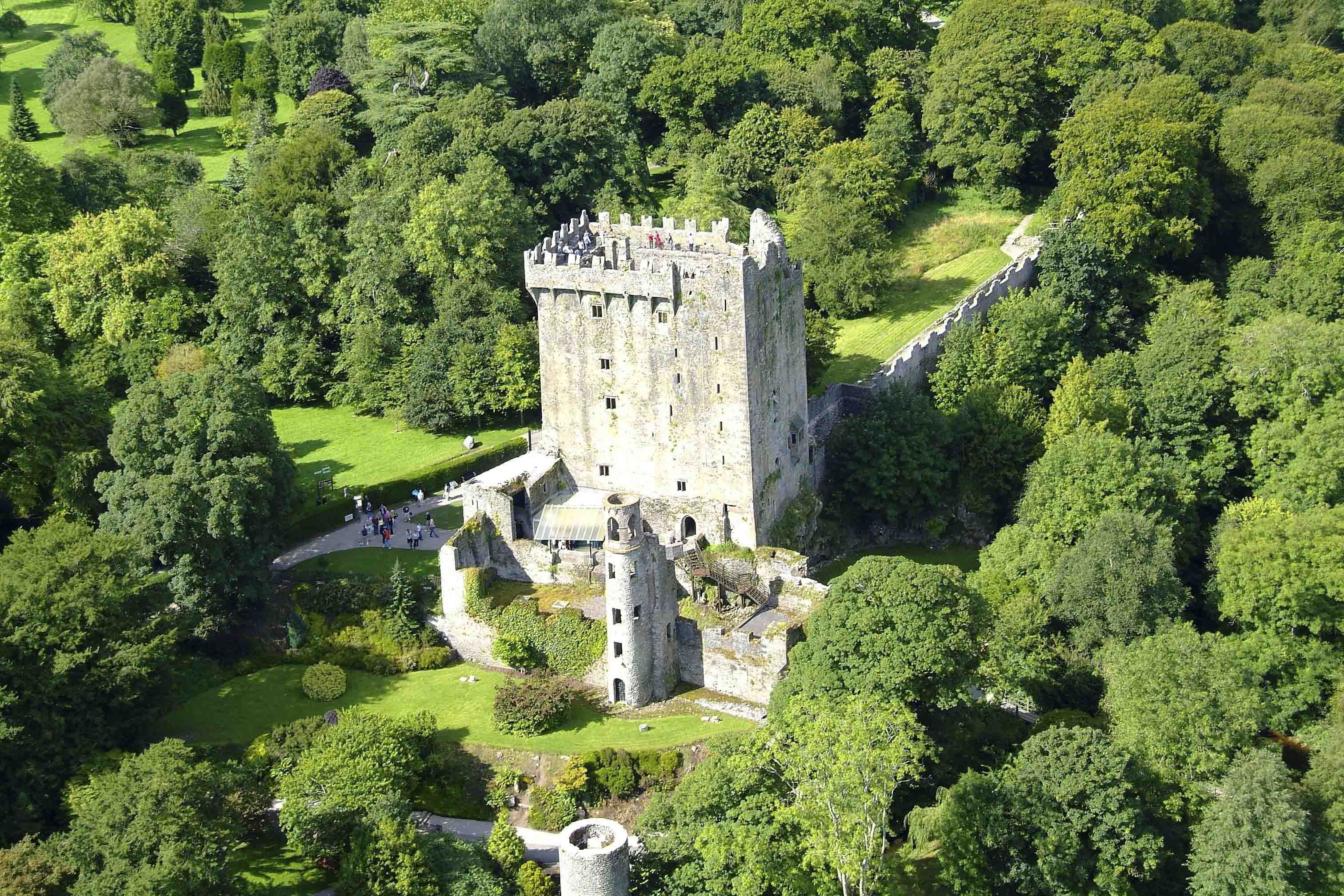 Travel on from Blarney, 50 minutes and 38kms to Charles Fort in Kinsale, a stunning example of a classic, late 17th Century coastal Star Fort. Looming high over the harbour now filled with unwarlike pleasure boats, its giant gun bastions were designed to deter the armadas of France and Spain after several attempts at invasion. Today, it has an innovative and intriguing visitors centre, telling the story of the fort, the people who built it and the kings and war chiefs who fought here. 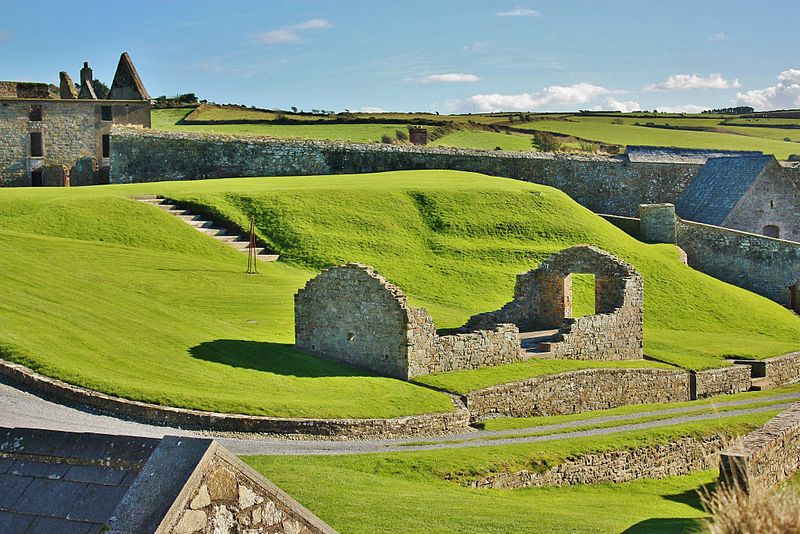 After visiting Charles Fort, travel in to Kinsale for an early-evening meal in one of this famous gourmet town’s many fine restaurants (such as the Michelin recommended Bastion ). Kinsale is a medieval fishing village that has grown into a surprisingly sophisticated gourmand’s paradise. 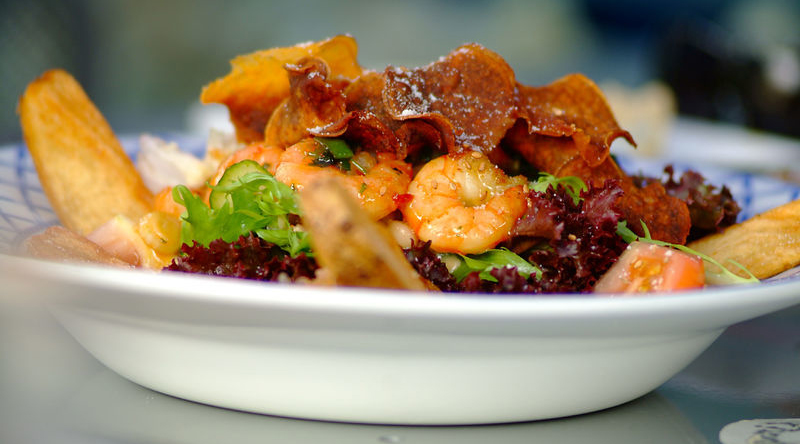 Take the train or drive 45 minutes (around 24kms) to Cobh and embark for a harbour tour to Spike Island , departing from the Pier in Cobh, right by the Titanic Experience (Cobh was the last port of call for the doomed liner and this centre is well worth a visit).

Spike Island has been, at different times, a Star Fort, commanding the harbour entrance to Cork, a British naval and military base, a prison during the Famine years and up until very recently and after a long period of closure, a prison once more.

The 24-acre Fort Mitchel is one of the largest Star Forts in the world, a state of the art coastal defence fort when it was completed in 1850 and still fearsome looking today. Such was the strategic importance of Spike Island, Winston Churchill once called it; “The sentinel tower of the approaches to Western Europe”. Today, it’s often called “Ireland’s Alcatraz” after the famous prison in San Francisco Bay.

In the 18th Century, Spike became a prison for transportees or convicts, often convicted of the smallest crime, due for transportation to Australia. Many died on Spike, their simple gravestones can be seen there today. The island has a dramatic, sometimes grim history, set in the epic beauty of Cork Harbour. 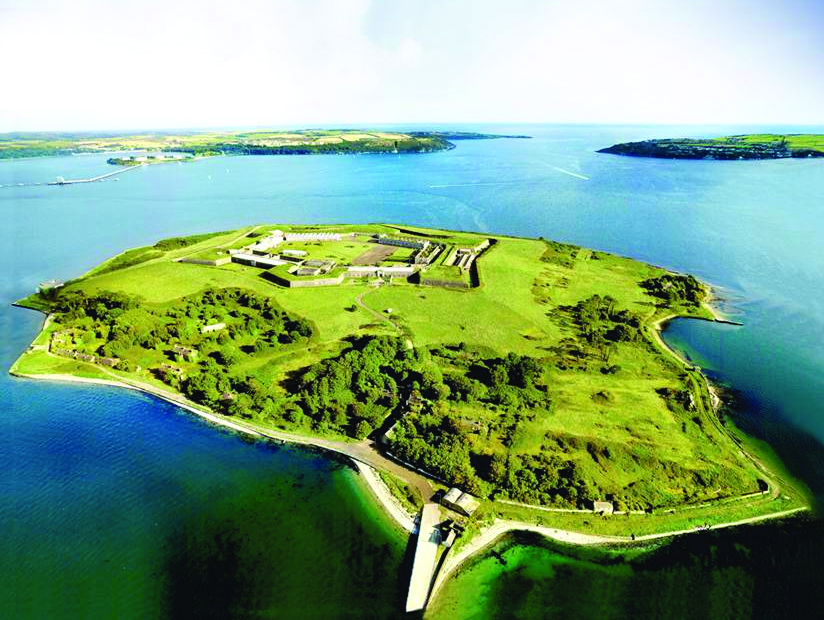 Travel half an hour from Cork City to the seaside town of Crosshaven and the hilltop Camden Fort Meagher . It has been the site of coastal batteries protecting Cork Harbour (the second largest natural harbour in the world) and the Western Approaches to Britain for over 400 years.

In times of war, the Spanish and French viewed Cork harbour as the key to unlocking the British and Irish isles, or the backdoor into Britain. The great secret of this massive fort lies underground – 65 per cent of it is made up of wide tunnels and hidden gun chambers, cut deep into the rock by army engineers.

It is a prime spot for wildlife watching and viewing ships arriving into Cork Harbour, a massively impressive piece of military architecture and engineering. 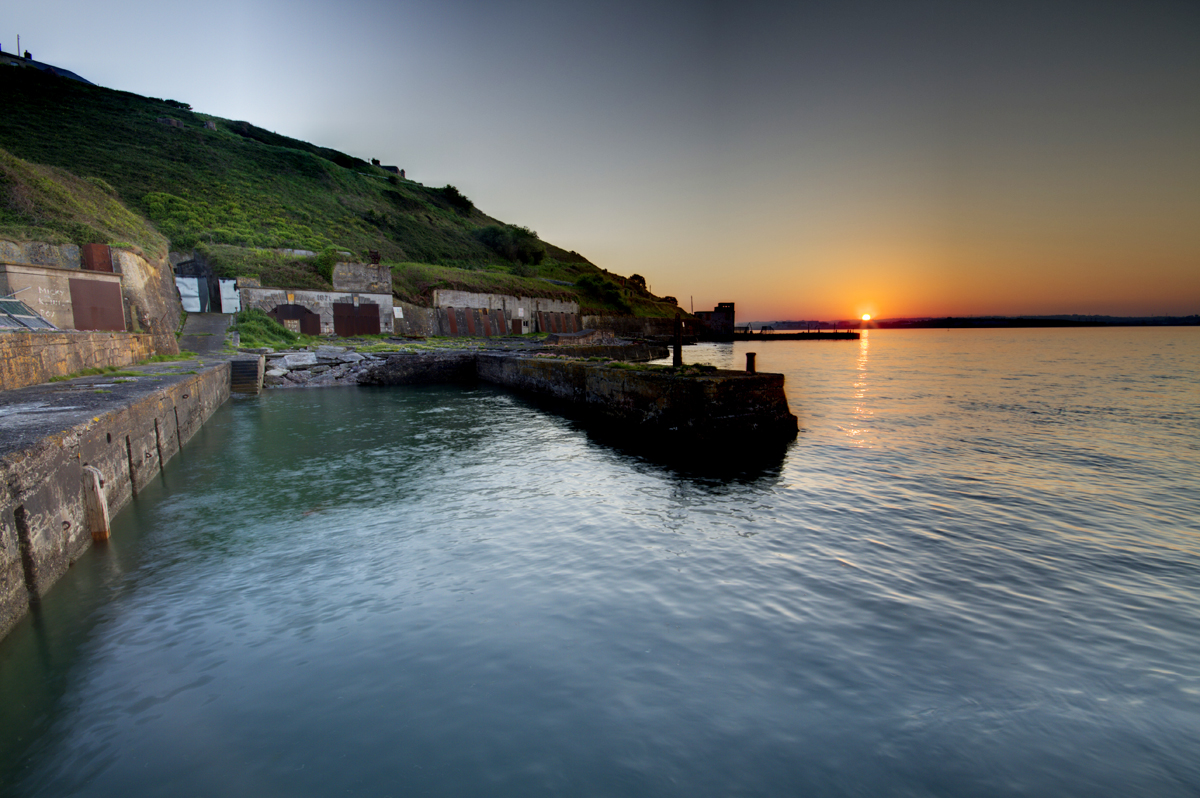 Make the 35 minute journey from Cork to the village of Carrigtwohill.

Travel further back in time to the Elizabethan Age and romantic Barryscourt Castle , one of the finest examples of a 16th Century Fortified Tower House in Ireland or the UK. Once the power-base of the Norman de Barry Family, this imposing castle stood guard over rich farmlands and lucrative trade routes for hundreds of years. It was at the centre of great rebellions in the late 1500s, and was once put under siege by Sir Walter Raleigh, on behalf of Queen Elizabeth.

Today, the once ruined castle has been extensively and sympathetically restored, with the great rooms, towers, walled gardens and orchards now looking much as they would have in Elizabethan times, when the great Norman-Irish lords stood in open rebellion against the Virgin Queen.

Note: this castle is currently closed to the public but it is possible to park nearby and walk the castle grounds. 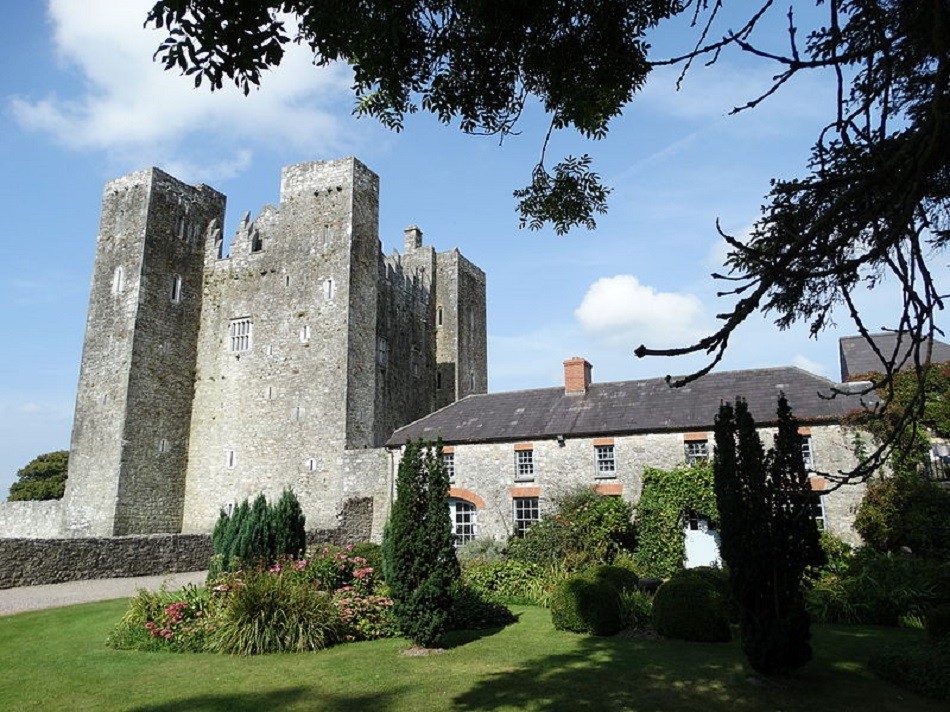 Returning to the city, climb the short but steep Barrack Street, up the hill to Elizabeth Fort . This Star Fort has loomed over the city and the harbour for 400 years. Today, it offers great views of the city from its walls, just 10 minutes’ walk from the city centre.

After walking the walls and taking in the views seen by generations of soldiers (including the young Duke of Wellington, Victor of Waterloo), retreat to the nearby (and very cosy) Abbey Tavern Pub , where you can enjoy a coffee or a glass of wine right under the steeples of St Finn Barre’s Cathedral 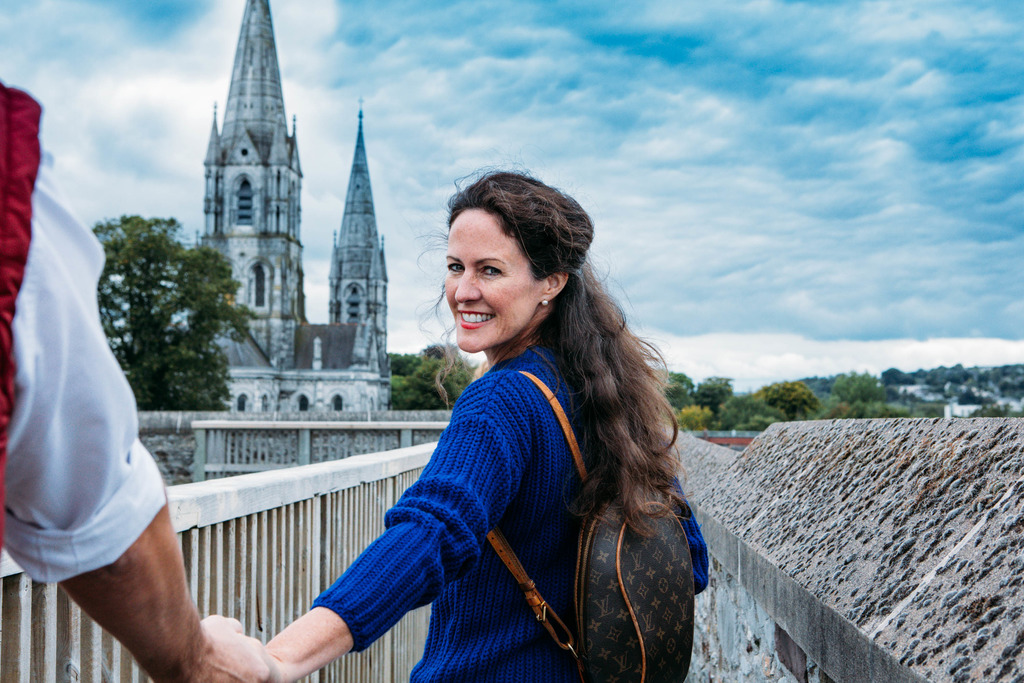